After a couple of days with horror movies, I decided to put on a more relaxing movie where I don’t need to have all the lights in the house on and I don’t need to be alert all the time. I was suggested to watch Guten Tag, Ramón, and it was pretty refreshing to move away from Hollywood for a moment and watch something in a different language. In this case, two different languages. 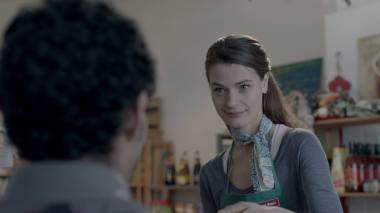 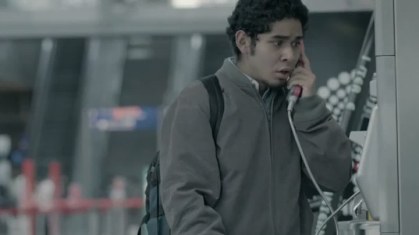 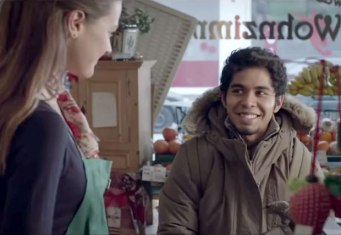 As the title implicates it, we are dealing with Germany and something Spanish speaking – Mexico. While I am not very familiar with Mexican cinema (well, I’ve seen the mandatory Y Tu Mamá También and few other Gael García Bernal classics), I know that German cinema can be pretty good, so I was expecting a good movie. Guten Tag, Ramón is about a Mexican boy, Ramón who fails to cross the border to America and he is desperate to help his poor family in a Mexican town. One day, his friend tells him about his aunt who supposedly lives in Wiesbaden in Germany and who can help Ramón find a job. 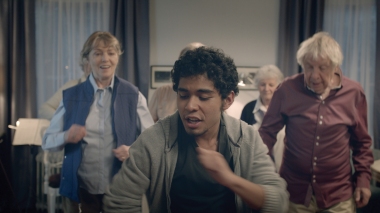 When Ramón arrives in Wiesbaden, there is no aunt. Oh, shit. Ramón doesn’t speak German, he doesn’t speak English, and he is all alone in a foreign country. He is stranded without money or shelter and he does everything he can to survive in a place very much different from what he is used to. During his survival in the streets of Wiesbaden, he meets some locals who help him and who make an effort to make him feel welcome – at least the majority of them do.

Guten Tag, Ramón is a great story about immigration, friendships, and the international language of love and respect. It shows how Germans are in reality – extremely nice people, and I truly mean this. It is a very relaxing movie and it is quite unique as well. I mean, how many German-Mexicans movies do you know? Yup, thought so. I really recommend it, as it gives you a certain reality check and I’m sure it will make you happy. It certainly worked on me.

Oh, also, Kristyan Ferrer who plays Ramón is such a talented actor. I’ve never seen him before but he surprised me.

Note: The trailer is in Spanish, but it is possible to watch the movie with English subtitles.

One thought on “Guten Tag, Ramón”